So I'm supposed to be starting Remicade infusions tomorrow.. Bit concerned as I have a blocked nose and cough. I'm worried they won't let me take it and the thing is I can't remember the last time I didn't have a cough or cold...

I've had my flu and pneumonia jabs so hopefully I'm not going to make myself poorly by going for it anyway!!
Posted by Unknown at 10:40 1 comment:

So because I am on morphine I have no appetite and throw up a lot. So before I take my tablets I like to line my stomach and well if I can't eat I find a milkshake the nicest and tastiest way to do this..

So when doing an Asda shop (yes on a scooter. And yes I crashed as usual. Twice ha) I spotted a new Friji shake flavour. Caramel Late. It was on offer Even better!

So I take my milkshake home and before tablet time drink it. Tasted alright. Get towards the bottom. OH NO... True to type I've treated myself and its about to go wrong...

There's lumps. It's off. It's 9 days out of date. Now bear in mind I've hardly an immune system an have to eat the diet of a pregnant lady...

Cue four days of 'which end should go on the toilet first' and crippling tummy pains.

So true to my style I kept the bottle and receipt.. And as soon as I could leave the bathroom trotted off to asda to complain. Didn't expect anything other than a redund...

They gave me the full price of the milkshake and not the cheap price I payed plus a £20 voucher! Impressed.

So considering what happens when I treat myself I played it safe getting some outfits for H and a new set of pjs for me... I'm hoping I can't go wrong with PJs... Although there is a story involving Pjs me littlewoods and a bad delivery company... Ill save that for another day! 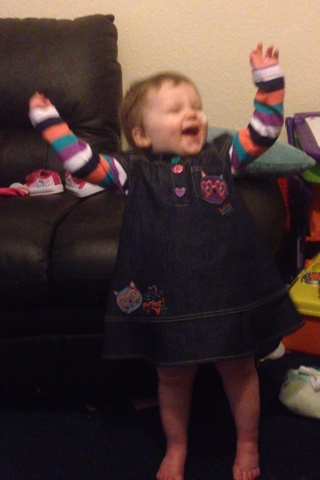 Well as regular readers will know I have psoriasis and psoratic arthritis.

After moving to Scotland I broke my wrist and things with my arthritis seemed to go downhill from there.

For nearly two years in Plymouth I had been fighting to get treatment but due to funding it was a war between which department would pay which meant it never happened!

Well when things got really bad hubs had to take a lot of compassionate leave and didn't end up going to sea. We got a lot of crap for that. Not his fault.

I ended up in hospital for nearly a month and was on Iv morphine regularly until a treatment plan was ready they didn't want me to leave.

They agreed for me to start Humira. Sounded great- could be the miracle drug we were looking for. Sadly it turned out to be the opposite. I ended up with drug induced MS and other symptoms. I had to come off it, I'm still suffering from every cold and bug going its the joys of immune suppressing drugs. Thankfully the MS symptoms have reversed themselves!

Having had that and then come off it meant I was just as bad as when I got admitted if not worse. So painkillers were increased until I could start the next one.

Sadly though it can take 6 months to work and even then I could still need a lot of help around the house as I do now. Most days hubs has to lift me up out of the bed for me to get to the toilet and stairs are impossible.

I've had to shave off all my hair because the psoriasis was that bad and thats quickest way to heal it. Plus it had nearly all fallen out anyway so it was quicker to just shave it rather than wake up to clumps every morning.

With all of this going off. We realised that hubs needs to be at home to help me aswell as to help look after the little one. Plus the painkillers im on are so strong i often fall asleep.So he's handed his notice in to become my carer and we are waiting to find out if he can get a compassionate discharge so we can move back to friends and family.

I start my infusions on Thursday and I have everything crossed that things improve! 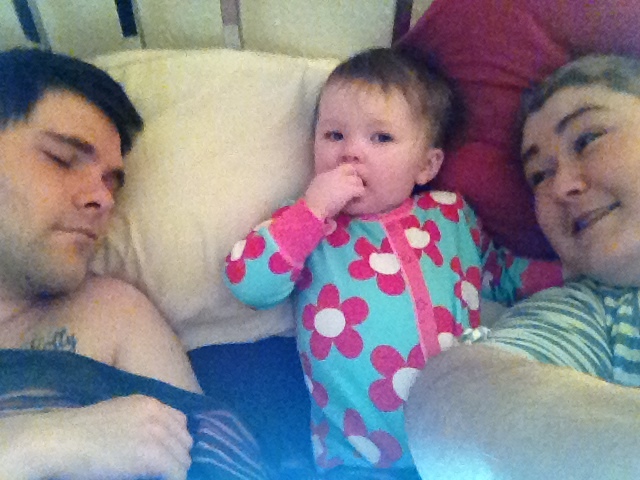 Well with one thing an another going off right now me and Hubs decided a night away was in order.. (Will post an update at a later stage)

So after much deliberation we decided to go and stay in the Novotel in Edinburgh. We picked there as we had stayed on the move down to Helensburgh and really enjoyed our time there.

In true fashion though nothing went to plan!

It all started well. The journey was quick with no hitches. Even managed to buy a self propelled wheelchair on the way there so we knew that I could explore Edinburgh freely.

We got there and the staff that booked us in were amazing and even gave H a little toy. It's the little things for me that make good customer service.

We checked in to the suite and all seemed fine. Got our swimming gear on and took H for a swim. She loved it! Such a water baby an even though she's not quite two she's so confident.

Finished in the pool after dragging H out after two hours. Then it was time for bed so we settled H down. Popped a movie on and ordered some room service.

After the food arrived H woke up so we settled her down again. I'd been feeling a draft for a bit so just turned up the room temptature and thought nothing more of it.

So tried to start eating the meal again. Hubs had just opened a drink and had laid down on the bed next to me. The next thing we know BANG! The window flys open knocking a drink all over my fairly new boots and scaring the life out of us and waking H.

After five minutes we realised the window was not going to shut. So called reception and a very helpful member of staff came and moved us to another suite.

So we decided to let H blow off some steam for five minutes before outing her back down an getting some shut eye. Next thing I know she's picked something up and is studying it intently. Thankfully I got to her before she could study it to closely. It was a bare wire.

Now up until this point I had remained calm. They'd moved us room so I didn't think I'd have any problems getting someone to come and look at the wire and confirm wether or not it was live and put some insulating tape round it.

The reception member of staff who answered the phone was rude and unhelpful. Refused point blank to come to the room. Told me he was the only member of staff on and that if I wanted compensation (I didn't at this stage) I would have to wait to speak to a manger.

There were no more suites and at this point id taken morphine painkillers. A normal room would not have fit my wheelchair and the travel cot in so whats the point in moving room?! I asked if we could have a refund on the room so that we could change hotels. This apparently was not possible and there was no manager available or even a supervisor. Fine so get the manager to call me tomorrow and come to the room to discuss our complaints. The response no we don't want to wake you. Well tell us a time?! No. You have to come down. Fine.

Fuming at this point knowing I won't sleep a wink and will probably be in too much pain after moving room to enjoy our day out the next day. I also knew I'd be paronoid about the wire as in my eyes it's a fire hazard.

So downstairs I go. Hubby leaves me in the wheelchair next to a chair so I can sit and talk to the manager. He comes and stands behind me so my husband has to come and move the chair. He stood there with his arms crossed the whole time. Didn't apologise once, didn't let me finish one sentence and told me basically what was the problem he was offering a free breakfast.

I told him I wanted a refund he told me he wasn't going to do that as they'd miss me once. He then also tried saying they'd given us a free upgrade to a suite until I pointed out we had already paid for a suite. So how is that free? Plus moving is to another room happened because of a fault down to them. So he offers me £50 which wasn't quite half price of the room tells me that's as high as he can go. I ask to speak to someone higher. His reply he doesn't know if the general manager is in and if he is which hotel he's at. Erm well ring him? (Seriously what happened to common sense and good customer service?!) he tells me there is no point as the gm doesn't answer his calls. Well try him anyway or ring head office I don't care I'm not leaving till something is done. His smart reply? Well you stayed the night. As I pointed out I couldn't speak to a manager couldn't get a refund so how could I leave at gone 11pm. What did he expect me to do? Get my family to sleep in the car park? Apparently yes that would have been better!

Long story short he went off told me gm wouldn't answer phone and there was nothing more to be done and that basically he didn't believe there was a bare wire. I showed him the photo on my phone and offered to wait/go with him to the room to view the wire. He declined. I told him I wasn't happy and wanted head offices number and would ring them from the hotel as I wouldn't leave until it was resolved. He told me he wasn't sure of the number and would I quote 'see what I can do'. Erm no you WILL get the number!

Anyway after much deliberation we left with the promise of a call from the GM or Revenue manager. The GM was on training and it was the latter that called. I was impressed with how quickly and efficiently it was dealt with- as it should have been in the first place! She apologised- unlike the duty manager. Has authorised a FULL refund- that would have been enough but she has gone the extra mile and is giving us one free nights stay in their suite with breakfast free if charge so we can see how it should be with no problems. That to me is good customer service because I will admit I wasn't going to return to that hotel or wen that chain of hotels but we will see how the next stay goes!! 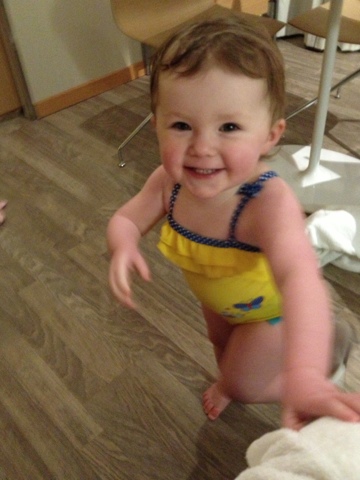