So I was supposed to have my next infusion on the 14th. However, I ended up with a chest infection and the infusion had to be put back a week. I went back to the doctor today because I'm still coughing up mucus. I'm still feeling ill and throwing up. But the dr won't give anything because bloods that were done two weeks ago were fine. And my temptature was fine. Never mind the fact that my it's extremely rare or my temp to go up. He wouldn't give me anything for my earache saying that its possibly a viral infection. Note possibly.

So as frustrating as that was I was happy to go along with it as it means getting my infusion a week Thursday.

Just got a phone call from the rheumy nurse to say that's not going to happen as there's no one there to do it. So it's being put back another week. Which leaves me feeling frustrated and upset wondering what the point is if I can never have it when I'm supposed to?

I don't have any fight left in me. I don't want to be on painkillers stuck in bed unable to move because of the pain. But why fight it because clearly no one else is prepared to fight it on my behalf. The whole idea of a doctors appointment when ill is so they check my blood because of how dangerous some of the side effects are. So if they aren't going to do their job properly. So that leaves me with the decision of do I bother with the treatment any more? Because if I can't trust my doctor to be on the look out then I can't do this.
Posted by Unknown at 20:54 No comments:

Well my daughter is certainly wise beyond her years. Her speech is fantastic and she is just the most lively clever well behaved little girl I've ever met. I may be slightly biased!!

Today I'm flicking through some old photos of her and in between her shouting cheese and beautiful- to the pictures of herself haha. She says I remember and starts pointing to a photo.. I wonder if she does remember. Or if she even knew what I remember meant.

Then she starts trying to take her picture on the iPad. Then I tell her the iPad will be going sleep in a minute. It's an easier way to get things of her ha. So she goes quiet and when I turn back round she proudly says to me 'I did it' 'I fix'. So I ask her what she's done and follow to where she's pointing. She's only gone and plugged it in so it won't go sleep!!

Now her trick is to climb in to our bed on her dads side tell him bye bye. As she is going na nights. Give me a kiss pull the quilt up and snuggle in to me. Gosh I love my little girl so much. We have been truly blessed with her! 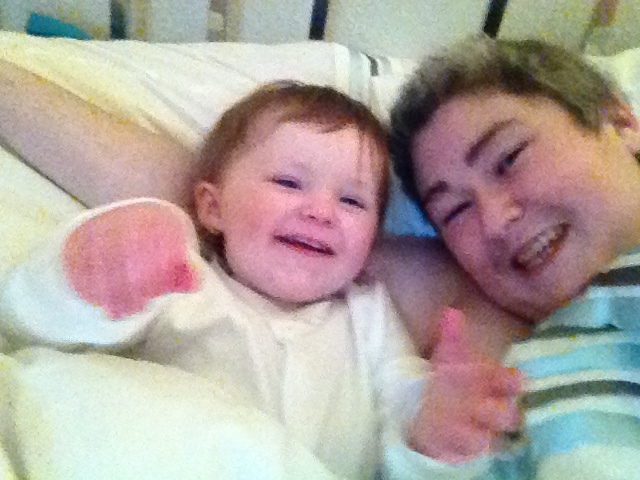 So the reason I'm quiet at the moment.. I'm still feeling rough as hell and a little stressed!

I've been refered to the breast clinic and I'm still waiting on an appointment. I think ill feel better when that's over and done with!

They decided to bring forward my upper go appointment. And quickly to so I'm a bit surprised and wondering why. Don't get me wrong I'm not complaining... With all the puking going on I'd like to get to the bottom of it. (Wouldn't mind so much if I was losing weight but my tummys constantly swollen haha)

I think they want me to have another endoscopy and colonoscopy. However, it's been just under a year since I last had one so not really prepared to go through all that again. Because when it shows nothing they stop looking!!

Then luckily our mac told us there was something wrong with a USB cable good job. It was burnt to a crisp. Luckily nothing bar the iPhone USB was damaged. So so lucky that the house didn't burn down!!

Then to top it off, the flat we were going too be moving to in swindon has fallen through. No ones fault but still gutting as there is a huge possibility we will have to get rid of the kitty's. That would just break my heart... 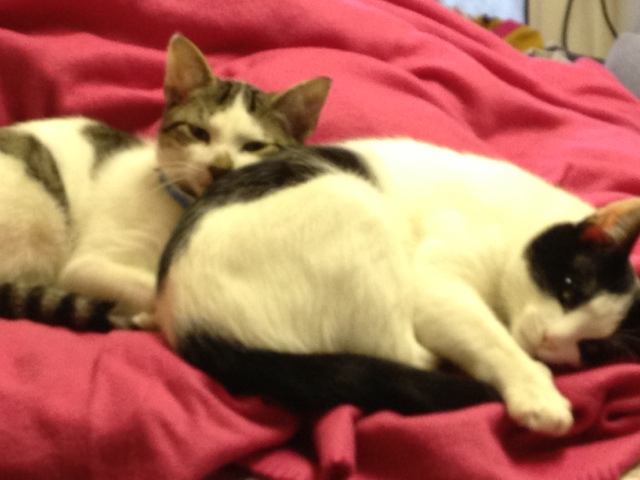 So just before Christmas we realised that going out to do the Christmas shopping wasn't going to happen!

So the best alternative was going to be online shopping. Some of which me and the husband did through Littlewoods.

We have used them before and never had a problem. If we aren't in they drop a note through the door or put it through the door next to the front door- it's almost like a mini shed attached to the house.

Anyways I was having a bad day and my husband had to nip out to the chemist to get me a prescription.

I heard the doorbell go, but obviously I didn't answer it because I couldn't get to it.

The next thing I know I've heard the door fling open and someone's in my house. I heard them walk in to the living room (we have a noisy stair gate). I was petrified. How would I fend off a burglar? I daren't ring the police incase they heard me and that brought them up the stairs. Then I heard them at the bottom of the stairs...

I couldn't breath. I was shaking. I've never had a panic attack before but I'm guessing that's exactly what I had! My husband got home to find me in a complete state. He also found a delivery in the kitchen. The outrage. The delivery driver had not just opened the door and put a parcel inside- oh no he had let himself in my house!

Furious my husband rang up yodel demanding to speak to a manager. The response he got was that managers don't do phone calls. When my husband went on to explain the situation and tell them that a manger would call us back his attitude was that the delivery driver had done us a favour! Yes because I call someone trespassing in to my house and giving me a panic attack, going through my things and walking about the house a favour NOT! Anyway it's been a month and yodel have still not contacted us!!

So I got on to Littlewoods. The next day another delivery came. The driver had obviously been told of our complaint as he laughed and joked to the husband about it! Disgusting! His excuse that the builders had opened the door and told him to go in.

Funny considering the builders had finished before lunchtime that day and the delivery showed up a few hours after!! Then when Littlewoods phoned they said that the driver had said that the builders took it off him and came in- two completly different stories. Not one apology from the driver and a poxy £20 gift voucher for the distress. Thanks a lot YODEL. Won't be using them again!!
Posted by Unknown at 23:55 1 comment:

So after feeling rough and waking up with raging ear ache th past few days I let the oh get me a dr apt. (I'm supposed to go if I get so much as a sore throat)

Sadly for me I have an ear infection as well as a chest infection on top of a cold. So my body feels like led. And as much as I'd love to get out for some fresh air I can't even get to the bathroom! So an open window is having to do for now.

So today I thought I'd watch all my Grey's anatomy discs again.. Only to get to season one disc two and its missing. It really irritates me that my husband can't put the bloody discs back in the box! I mean its not hard. The disc case is always by the player so you just take it out and voila it's away. But no. Lets just waste money an ruin discs because doing that's such hard work *rolls eyes*. So I'm counting to ten before I have a row.....
Posted by Unknown at 23:41 No comments:

I was worried it would be canceled as I had a slight cough. However all night before it seemed to have disappeared. Then when I needed to cough I held it in haha!

It would seem unlike with humira I didn't get any side effects (yet, touch wood). With humira within half an hour if e in agony with my stomach and being sick!

Today I do feel rubbish. I'm exhausted. The cough is back with a vengeance. But the worst is not being able to move as my whole body feels like lead... I think it's more to do with the cough/cold. Lets hope so anyway!

So the next one is on valentines day. Lets hope it doesn't take six months to kick in as they say but sooner!
Posted by Unknown at 21:13 2 comments:

I tell you as much as I love Facebook I hate it to. Actually being more precise I hate the way it's used.

These days it would seem that people have forgotten how to have a conversation. Or how to be honest with one another.

My policy has always been that I would never say behind someone's back what I wouldn't say to there face.

Then there's the statuses that are put up purely to start a row and when that happens the sudden back down!!

Today I've logged on again to see yet more cryptic statuses you know the ones of 'I'm thinking of you, you know who you are' and then said person refuses to actually say whats going off. It's obvious these are done purely for attention.

Then there's the people who you contact to see how they are and they ignore it but god forbid your not running around after them when they pop up they have a cold... I will admit I'm guilty as sin for putting up a status when I feel crappy.. However I don't post all my stuff on there. Plus I don't ignore people and I certainly don't expect people to run around after me.

Some things in life private which leads to my biggest bug bear...

Someone putting up something slating someone. When you point out that I dunno they are doing the same thing all you get in reply is its none of your business. This cracks me up. If it was so private why post it on there in the first place?!
Posted by Unknown at 21:09 No comments: